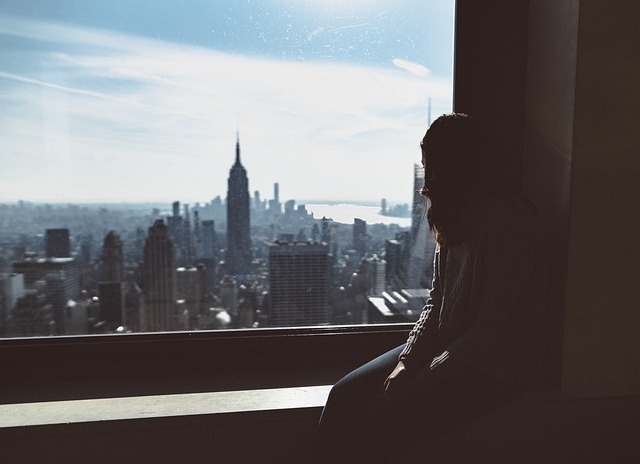 As they say, it is better to break your word than to do worse in keeping it.
Below, you will find a list of broken promises, sayings, and quotes that are not only inspirational but humorous as well.
If someone broke a promise they have given you, you could send them any of these quotes.

Broken vows are just the same with broken mirrors. They will leave those who made them bleed and then end up staring at a fractured image of themselves.

Oaths, just like eggs, can get broken so easily.

Half of the promises that people make are never kept and were not made in the first place.

Piecrusts and promises were made to be broken.

It’s unfortunate to know that some people make promises with the sole intention of breaking them.

Liars are said to make the best promises.

Some promises are better left unsaid.

Promises are just like babies crying in the theatre. They must be carried outside all at once.

Sometimes, all of your pledges will end up being part of your problems.

Promises that were made based on ignorance will always prove to be disappointing.

Promises may mean everything. Yet, after they are broken, sorry will mean nothing.

Oaths are just words, and words are but wind.

A person often loses his thanks to anyone who makes promises and delays.

For every promise made, there is often a price to be paid.

My Heart is Broken Quotes

Promises are just like a full moon. If they are not kept all at once, they will slowly diminish day by day.

One should have an excellent memory to keep all the promises they have made.

It is better to break your word than do worse by keeping it.

The promise given should be considered a necessity of the past, while the broken word is often regarded as necessary for the present.

If a man will keep on repeating a promise over and over again, then he intends to fail you.

70 Falling Out of Love Quotes to Remember

It will be useless to hold someone for anything he says while drunk, running for office, and in love.

Promises might fit the friends. However, non-performance will make them become enemies.

A promise that has not been kept is more significant than any fraud ever recorded.

Breach of promise is like a base surrender of the truth.

Excellent Good Vibes Messages for Sending to Loved Ones

The best way that you can keep one’s word is never to give it.

Promises will result in debts, and debts will make promises.

We should not promise what we ought not to make, or we will be called in to do something we are not even capable of doing.

If a man will take an oath, he is holding himself into his own hands, just like water. And if he will open his fingers then, he should not need to find himself over again.

All promises will outrun a performance.

A broken promise is better than no promises at all.

It always makes my heart sick every time I remember all of the sound words and the broken promises.

I wouldn’t say I like it when someone tells me they care; however, their actions show that they don’t.

There are three things that one must not break – promises, trust, and someone’s heart.

Never make any promises that you have no intention of keeping.

If something is important to you, you will for sure find a way. If it is not, then you will look for excuses.

If someone has been inconsistent, and all their actions will not match up with the things they say, then it is time you let them go.

Promises are worse than lies. When you make a promise, you make people home for something you know you cannot even give.

One broken promise could ruin a thousand truths.

If you matter to someone, they will surely make time for you. There will be no lies, no excuses, and no broken promises.

Avoid making so many promises if you cannot keep even just one of these.

Broken promises and empty words are the only memories that I have left of you.

Lies are better than broken promises. Remember that when you make a promise, you do not just make people believe; you also give them hope. Yet, in the end, such security is never existent.

I know I was just another promise you made, which you cannot even keep.

Promises are just like babies. They are easy to make yet, hard to deliver.

Promises are human’s unique way of ordering the future, making the end appear reliable and predictable to the point that it is humanly possible.

We make promises according to our hopes and then do them following our fears.

Those who make a promise by the cartload will generally pay through spadesful.

To make a promise to do something is the best way to make a body want to go out and do that specific thing.

It’s not the oath, which makes one believe another human being, but the man who made the oath.

A great way to keep one’s promise is never to give it.

If a man will take an oath, he is like holding his self into his own hands.

Do not ever make a solemn oath because people think you mean it, just like a broken promise.

All promises will outrun a performance.

Although I ought to be friendly, even on superstition, in keeping such promises, and therefore one must be equally cautious in making these promises.

He who loses his thanks and makes promises as well as delays.

A promise will be most given when the least will be said.

Nothing weighs lighter than a promise made.

A promise made is like a debt that has been left unpaid.

An acre of performance is equivalent to an entire world of promises.

Losers tend to make promises that they often break, while winners commit that they always keep.

We must never promise what we ought not or are called on to perform things we cannot even do.

For every promise made, there is always a price to be paid.

The promises made yesterday are the taxes that we have today.

Promises are just like a full moon. If they are not kept at once, they will diminish slowly day by day.

One should have a good memory to be able to keep the promise they make.

You might as well break your words than do worse by keeping it.

Some people make promises just for the pleasure of breaking them.

Hypocrisy can become magnificent in its promises, for not intending to go way beyond its security, and it costs nothing.

Oaths are considered the fossils of piety.

Always choose the man who makes promises the least. He will be the least disappointing.

Let God’s promises shine a light on your problems.

A promise is like the comfort of a fool.

He was never precise when it came to keeping promises.

A promise is like a cloud, while fulfillment is the rain.

As a human as we are, the best eulogy that I can only hope for is that He has made his promise sincerely and then breaks them regretfully.

May those juggling friends no more believed, palter with us in two senses, and keep the promise into our earthen break it into our hope.

Try to promise only a little, but work hard to do so much.

Promise only what you are capable of delivering. Then deliver more than what you have promised.

The first-ever convention of the space age is when a candidate promises the moon and then means it.

The man who promises everything will surely fulfill nothing, and everyone who swears a lot will be in danger of using evil means to carry out all of his promises.

A prince will not lack legitimate reasons to have his promises broken.

Nothing is as easy to make as a promise this winter to do something for the following summer. This is how the commencement speakers are caught.

Life did not make a promise for it to be excellent.

Rarely promised, however, if it is lawful, will constantly perform.

A breach of promise will be a base surrender of the truth.

Promises made should be considered a debt.

A liar is often filled with oaths.

Everyone is a millionaire when promises are concerned.

People who are slow in making promises are the most faithful when it comes to their performance.

Between tomorrow and today or graves and in between promising and fulfillment are chasms.

No pillow is so soft as what God has promised.

One will make so many promises to avoid giving a little.

It would help if you went for it now because the future is never promised to anyone.

God’s promises are just like the stars. The darker the night will become, the brighter they will shine.

Unless a commitment is made, there are only hopes and promises, but not any concrete plans.

Oft expectation will fail and most oft where most of it will promise, and oft it hits where hope will be coldest.

Every morning, I will gaze towards the eastern horizon, and if the sun keeps its promise, I will also keep mine.

Promises might fit the friends. However, non-performance will make them become enemies.

For anything worth having, one should pay the price. The price will always work, love, patience, and self-sacrifice—no promises to pay and no paper currency, however the gold of the basic service.