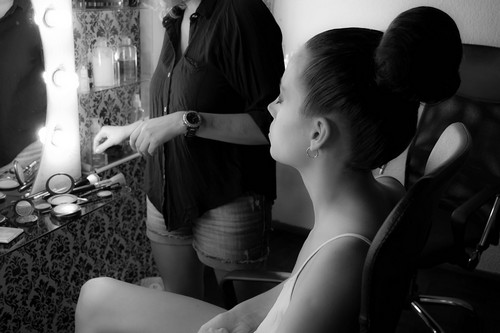 Backstabbing is never a good thing.
It can lead to misunderstanding and ruin and destroy relationships between friends, lovers, and even families.
So here are some backstabbing quotes that you can end to everyone you know who loves to backstab and gossip with other people.

Backstabbers are people who specialize in saying wrong things at the wrong time and to the bad people.

If the evil things that have been said about you turned out to be accurate, then correct yourself. On the other hand, if you know it’s a life, then laugh about it.

Do not live your life with such incredible loneliness that your only joy is destroying the happiness of others.

You know that you have been stabbed if you have felt the deep pain of betrayal.

False friends are just like shadows. They keep close to us while we are walking in the sunshine but leave us when we cross in the shade.

You may shoot me with hurtful words, you may cut me with your eyes, and you may kill me with so much hatred, but in the end, I will rise.

There are plenty of backstabbing friends who will ignore you without asking anything from them in your hard time.

You should know that he who has betrayed you once would most likely cross you once again.

No one pays for betrayal in silver. The price of betrayal will come due in the flesh.

Betrayal does exactly what it does – betrays the betrayer.

It is much easier to forgive an enemy than a friend who has backstabbed and betrayed you many times.

You said it was a mistake. However, the cruel thing is that I feel like the error was mine since I ended up trusting you.

Top 55 Taken for granted quotes by someone you love

It is tough to tell who among your friends are in your back and from whom has it long enough to stab you.

Trust is a fragile thing when earned, and it affords us tremendous freedom. However, once trust is lost, it can be challenging to recover. But the truth is that we can never tell whom we can trust because even those closest to us can end up betraying us.

Be very careful with whom you trust because betrayal tends to come from those you have learned to trust.

70 Falling Out of Love Quotes to Remember

We could tolerate our true enemies, but never the backstabbers and the betrayers.

Betrayal is the kind of truth that sticks.

When you betray someone else, you end up betraying yourself.

You can tell a hypocrite through three signs. When he speaks, he will utter lies. When he promises, he breaks it, and when he is trusted, he ends up betraying his trust.

We should learn to distrust each other, for this is our only defense from any form of betrayal.

An open enemy is much better than a fake friend.

One would instead choose to die than to be betrayed, for there is no deceit in death. It delivers what it has precisely promised. On the other hand, betrayal is considered a willful slaughter of hope.

If I need to choose between betraying a friend and my country, I would instead hope that I would have the guts to cross my own country.

There should be love and understanding. Most people do not have the wit or honor for betrayal.

People are complicated by nature. They tend to perform charity works, yet on the other hand, they are capable of the most devious forms of betrayal.

A man who will trust cannot be betrayed but only mistaken.

To fully understand the essence of loyalty, one must first experience betrayal.

It is funny how you are so lovely in front of me, and it’s hilarious how you talk shit behind me. Yet, it is downright comical that you thought I wasn’t aware.

Before you backstab anyone, make sure that everybody is rowing the same boat with you and not drilling holes when you are not looking. Know your circle well!

I have so much trust in you, but now your words no longer mean anything because your actions spoke of the truth.

Stop with the backstabbing shits. If you cannot say it right in front of my face, then you better shut the fuck up.

If I had it my way, I would choose to slit your throat with that knife you left behind my back.

It is funny how sometimes those people you would take a bullet for are the ones who are holding the trigger.

Be very careful of those who will pat you in the back, as they might just be looking for a soft spot to plant their knife.

Do you know when the knife would sink so deep that your flesh will begin to weep with love?

I was raised in such a way that if you have something to tell a person, you better tell them right into their face.

It is sad how some people tend to believe their lies and the stories they pretty much make up in their minds.

Everyone’s actual colors will eventually show; wait, and you would be surprised to know.

I hate two-faced people. It is hard to decide which face I will slap first.

Fools take knives to stab people on their back, but the wise will take the knife, cut the cord and then free themselves from these fools.

Be careful with who you will share your weaknesses. Some people might grab the opportunity to use these against you.

It’s hard to trust anyone these days. You think you have a good friend, only to realize that they are holding a knife of about six inches right behind your back.

A snake could shed its skin, but it will always remain a snake. Always keep this in mind before you allow people into your life.

Some people cannot be loyal to you, for they are loyal to their need of you. As soon as their needs are fulfilled, so does their loyalty to you.

If you are stabbing my back, you are also in the best position to kiss my ass.

Do not act surprised if your friend with the ear will become your enemy with the mouth.

You begin to backstab me and go against my word, thinking that I will never find out. But guess what? I heard it so clearly.

Talking badly against someone else when they are not there to defend themselves says a lot about you than that person you are talking about.

Any of your friends that have become your enemy may secretly hate you since day one.

Thanks for you showed me exactly why people couldn’t be trusted.

I appreciate those friends who are with me all the time, but I loathe those who are only with me when convenient for them.

Fake is the latest trend. Unfortunately, everyone seems to be in style.

That moment when you lose respect for that person that you used to like a lot.

Words might sting, but silence is actually what breaks the heart.

Sometimes, blood is not thicker than water, and family might cross you faster than strangers.

Sometimes, the people you think are in your corner are the same ones who will put you down behind your back.

I would rather eat crumbs with bums instead of eating steaks with snakes.

They are not your real friends until they end up defending you in your absence.

You have stabbed me so many times, yet you are acting like you were the one who was bleeding, and the worst part is that everyone was helping you out while I was bleeding to death.

You do not need to take revenge on anyone who backstabs you. You have to sit back and wait until karma gets a hold of them. If you’re lucky, God might even allow you to watch.

When someone tries to backstab me, I would never get even. I will simply change their role in my life.

The enemy is much better than someone you call a friend but backstabs you. Instead, you should pay less to what other people will say and focus your attention on whatever they do. The actions will reveal to you their natural character.

As people grow old, they will eventually realize that it will be less critical to have plenty of friends and, more important, only to have a few real ones.

The knives of betrayal and the drama that comes with it will cut deep and hurt; however, they will also trim all the nonsense away and reveal the people’s true identity.

It’s hard to trust anybody these days. One day, you thought you had a good friend, and then you realized that they were holding a knife trying to hit you in the back.

If I can show you how awful you have made me feel, then you will never be able to look me the same way in my eyes ever again.

Friends are supposed to be with you when you cry and not the reason why you call.

If I cut you off, then that’s maybe because you have handed me some scissors.

If you cut all the negative bullshit out, life can get so much better, so please stop the backstabbing habit and learn to talk positive.

The world will be a better place if people learn to appreciate each other instead of backstabbing one another.