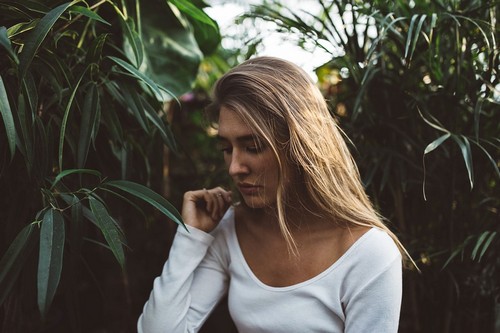 There is nothing more painful than realizing that you have been betrayed by the person you have trusted. The trust that you have to build up for that person would instantly vanish. We may have a lot to say about the person who betrayed us, so here are some quotes that tell us something about betrayal.

To call something a betrayal, you need to trust that person first.

One person would betray you at least once in your life but do not let this remove your trust from others too.

Even betrayal has its perfect moment.

Only when you love someone would you feel the pangs of betrayal.

They say that betrayal could only be recognized if there is trust, but only in those who were betrayed in the least.

The truth that would forever stay is betrayal.

Once you betray someone else, you are also betraying your conscience.

You could not fully trust someone without considering that you could betray them.

To avoid betrayal, let us distrust each other.

You will feel the pain of being betrayed once you have been stabbed in the back.

It would be best to watch out for what a person does, not what he says, because actions could betray lies.

The greatest curse that could befall you is when a family hand is responsible for your downfall.

Every betrayal could bring you a lesson that you will never forget.

Relying only on you could ultimately betray your wisdom.

I would rather die than be betrayed because betrayal destroys hope.

Hypocrites speak only lies, break their promises, and betray the trust of those who trust him.

What hurts me the most is not that you betrayed me but that the mistake is all mine because I trusted you.

The 60 Cute Love Quotes that Inspire

It is so easy to break someone’s trust, yet building it takes a long time.

Betrayal could also be felt when someone close to counter to what you say.

Even our family would sometimes be quick to betray us than strangers can do.

Sometimes it is too late for us to realize that we are already cutting off the branch we are sitting on.

Keep Your Head Up Quotes

When you betray a friend, it is like throwing away your life too.

You can never really enjoy something you got at the expense of somebody else’s pain.

If you betray yourself frequently, you will lose yourself soon enough.

You will see one’s character at the things that they laugh at.

Feeling the thrill of betrayal is like knowing what happiness is.

Those who are back-stabbed say the wrong things to the evil person at an inappropriate time.

Not everyone who says they pray for you is doing it; they might be laughing at you behind your back.

Fake friends act like shadows; they are with us with sunshine but disappear when clouds shade us.

Nowadays, you have to grow yourself a very thick skin to avoid being stabbed in the back.

Backstabbers would only have power over you when you turn your back on them.

Trust someone real even when they are behind you than someone who is only valid when facing them.

Betrayal will only be felt if there is belongingness.

However you conceal a deceptive intention, it would still betray itself in the end.

You have to love criticism to avoid betrayal.

When someone asks you to be reserved for your friends, he wants to betray you without any witnesses.

Those whom we have nourished betrays most painfully than any other person.

I would rather trust myself so no one can betray me.

Death delivers whatever it promises, so I would rather have him than have betrayal.

Do not blame yourself when you are betrayed; some people can be untrustworthy.

Trusting someone is quickly done, but once it is broken, trust is hard to establish again.

Sometimes the people you care for are the ones who would turn their backs on you quickly.

The possibility of succeeding without any betrayal is slim.

Your life would become complicated when betrayal is in the midst of it.

The surest way to prevent ourselves from betrayal is to avoid trusting each other.

Betray me, and you are also betraying yourself.

I wish to have the courage to betray my country if it is between betraying my friend or my country.

Trust is a prerequisite to betrayal.

There will be no betrayal if there is no love.

The most exciting stories one could tell in the end is about betrayal and failing in love.

I left the care of my heart to you because I trusted you, but now I am taking it back because you might hurt me again.

All the memories we had only made me sad because I never thought they would become just memories someday.

Watch out for people for who you would risk a bullet because they can be the ones who will pull the trigger.

I surrounded myself with walls to know who would care enough to break them to be with me.

I cried because the illusion of who I thought you were was broken down by the real you.

Trusting someone too much makes betrayal even more painful.

I can treat you like a stranger, although I cannot erase all our memories.

Having an enemy who openly hates you is much better than a friend who secretly despises you.

The people whom I trusted the most were the ones who stabbed me behind my back.

The kiss of an enemy is more deceiving than the wounds of a friend.

I cannot easily forgive a friend who betrayed me the way I forgave an enemy.

When you forgive, it does not always mean that you have fixed everything that was destroyed.

Do not let one betrayal destroy all the trust you have in your heart.

Betrayal would only come from friends and family, not from enemies.

Trusting again is hard, especially if you were betrayed by someone you trust the most.

Friends who hug you then stab you behind the back are more terrible than enemies who attack you headlong.

Those who betray others do not have principles at all.

Letting go of someone who betrayed us is a hard-earned life lesson.

Be one of the wise men who cut loose from fools than be one of the fools who uses a knife to stab people in the back.

I thought you would never hurt me; your betrayal cuts deep into my soul.

People sometimes do not change; their disguises just fell off.

There were once angels who turned into devils, so be careful in giving our trust away.

The most painful thing about being lied to is the fact that you were never worth the truth.

Remember that you are way better than those who betrayed you, so do not stoop to their level.

You never know that the one who puts a brave face on has the most wounds.

We are sometimes blind about things that could betray us, but we still have to forgive ourselves for that.

Deceiving a person you love could cost you years of love in just a minute.

Only courageous persons could stand a painful truth; cowards hide behind lies.

The journey towards becoming a better person would not be complete without betrayal.

Recovering trust lost through betrayal is the most challenging task one could take.

If you are not loyal, then you will never appreciate what betrayal feels like.

Betraying one’s self is the most painful kind of betrayal.

Women are supposed to be loved and cherished, not betrayed and hurt.

The person I vowed never to lie to is the one who betrayed me with his words.

Betraying someone means you are willing to hurt others to make yourself feel better.

If you betray what you have grown up with, then you are also crossing yourself.

I fear commitment because I fear being betrayed by someone I trust the most.

I feel sorry because I trusted you. It was my mistake and not yours.

Making one single lie could put a shadow of doubt over every truth that follows.

You can quickly lose trust, but it isn’t easy to find it again.

Even silence sometimes is an equivalent of betrayal.

Silent lips can betray through the chattering of one’s fingertips.

I would instead take your secret to the grave than betray you, but I will have to tell people along the way.

I do not tolerate betrayal; you have to learn that as early as now.

I do accept your apology, but I can never trust you again.

I could keep my peace of mind by choosing not to be betrayed by it.

No matter how love has rooted, it would still be destroyed with a single betrayal.

Feeling the pangs of betrayal is more painful than any physical or emotional pain.

I gained loyalty from those above, and I got betrayal from those below.

Any spirit could turn cold from betrayal; even defeat could be tolerated but never betrayal.