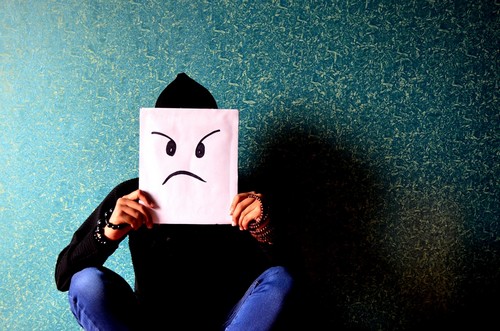 Anger is a reaction to many things we fear. War and death is often a result of this madness, with rage and hatred trailing along.

It is to feel a strong displeasure of hostility toward something and is associated with many negative things. However, we are not human if we do not feel this from time to time, but we must learn to understand why we are so and how to let it go.

Here are some quotes about anger.

Anger is an opportunity to let the beast inside every man come out and terrorize.

It is not good to let your anger get to you. It often leads to bad decisions that result in tears and regret.

Not all anger is bad. You can be indignant about the social injustices happening around all of us, but instead of blustering, we can turn anger into something positive for change.

Never indulge in anger. It is the most petty of emotions that will suck the joy out of life.

Anger issues are not a joke. People often cannot handle the stress so they take it out on others and often times hurt the ones they love.

You can sense people who have been raised by angry parents. Often withdrawn and quiet, they are diminished creatures, coiling away from the hot emotions that raised them.

Anger is often its own punishment. When one is angry, the body responds accordingly.

Quotes About Life and Love

There are reports of people spontaneously combusting. I sometimes see people who get angry for no reason and I can just imagine their head exploding!

Anger is a human right. We can and should all be able to be angry. However, it must be controlled by asking who, why, what, and where.

Physical labor or a vigorous sport is a great way to redirect your angry energies. Angry people, for one reason or another, who work out, are often the most amiable people you will meet.

Being angry is like trying to throw poop at someone but getting yourself very dirty in the process.

If you are angry that people don’t have time for you, maybe it’s because you’re always angry.

Anger is a dangerous disease that corrupts the body that holds it and infects those who are its target.

Anger is a waste of time and brain cells. Why be angry when you can do something about it?

Angry people who like to inflict little hurts on others will one day find that there will be no others around him to inflict those hurts upon.

When you feel that your blood is boiling, take a shower. There is nothing quite like cool water to douse the eruption that is anger.

Beware of those who are angry but stay cool. They are often in a position to inflict great harm with the least effort.

We all have so many perceived injustices that it is easy for us to get angry. One has to remember, however, that there is no real reason to get angry when one could talk it out.

Hell is living with angry people.

There are so many angry people in the world that there is no point in sharing their anger. Smile instead, for it will either confuse or release them.

Anger is akin to flame, where a careless candle can set the whole house on fire.

Anger is an epic emotion. Literature is rife with stories of men and women embarking on adventures of revenge and satisfaction. But what we all glean from these tales is that following your anger can lead to absolute destruction.

History is full of accounts of angry people. The world’s revolutions all sprung from anger. Despite the bloodshed and terror, anger changed the world into something better.

The only thing worse than an ignorant unread man who believes he has the privilege of righteous anger is the people who follow him.

Anger has been linked to so many wars. Men who have discovered its use as an energy source for the massing of armies have gone to commit genocide.

Some people are born with a short temper. With a fuse so easily lit, these angry people can be provoked by the smallest matters. Thus doctors prescribe long quiet walks.

It is not healthy to be angry all the time.

Hate is a reaction to anger. People who do not know why they are angry end up hating those who they perceive to be the cause of their woes.

Anger, like fire, is sometimes cleansing. It motivates us and gives us the fuel to do what we need to do in order to not be angry anymore.

We associate anger with the element of fire. Fire is dangerous when let wild as it burns fields and houses and kills people. On the other hand, fire can craft tools, make fine art, cook our food. It is not anger that is the problem, but how a person uses the energy.

I find that I clean my house better when I am angry. The energy I use cleanses not only my mind but my toilet and kitchen as well!

Getting angry is like shooting your own foot all the time. You get so mad to the point where you take out your gun but so stupid that you end up releasing the safety and accidentally shooting while you’re pointing it down.

People often feel the guiltiest when they have done something out of anger. And this is just so, for violent actions done out of anger are disgusting acts that cannot be easily forgiven.

Patience is often tested at varying degrees. Some have barely any while others have the ability to remain chill despite the heat. To the latter, anger is something rare, but to the former a blaze from a spark.

Anger is a vicious cycle. You get angry at someone or something and when you’re not angry at them anymore, you are angry at yourself for being angry.

Always be mindful of the effects of your anger. One should never act upon a strong passion without the clarity of the outcome.

People who often end up in an argument become angry because of the lack of communication.

Anger is a shameful emotion. We do things we later regret for the sake of momentary release.

In this modern age, everyone gets angry over bad internet connection.

Swearing often releases the bile created in the body when angry. This is a good but scandalous practice.

When you are angry, drop everything that you are doing and release it somewhere else. Like haste, anything done in anger, makes waste.

If someone makes you angry, that person has an effect over you. You must transcend that in order to regain your balance.

When someone is really angry, catch them off guard by doing something funny. There is nothing like a good laugh to derail a bad temper.

Getting angry won’t solve your problems, but it’s a start.

People who often give ultimatums when they are angry often have to retract them the next day.

Angry words cut deeper and infect faster than anything physical.

Do not be angry at people if they cannot change to your liking. People will be themselves regardless and it is futile for you to want to do anything about it.

Nobody just gets angry. It is a choice. It is how you react to a situation that presents itself. Thus, your angry reaction to frustration is a bad choice you decided to stick with.

When one becomes angry, the mouth seems to have a life of its own and says things that the brain has not had time to think about.

The only person you can blame for your anger is yourself.

Anger can be a gift is well researched with well meaning.

We are taught to control our passions as we grow up. Despite this, there are those who still throw tantrums, thus we must treat them like spoilt little children.

Angry people think their anger makes them powerful. That a loud voice and a heavy hand can make men and women do what they want. This is a dangerous delusion, because it is not respect they have obtained, but fear. And it is a reaction to this anger that people will rise against it and topple them down.

There are those who get angry when things do not go their way. They must be mindful that their way is not the way of the universe, and that control is but an illusion.

When faced with an angry person, be still like the mountain. There is nothing that exhausts anger more that faced with something immovable.

Never confront people while angry. The biggest regret you will have is losing them.

When angry, vent it out then don’t be angry anymore.

The lion got angry and roared a lot because he had a thorn in his paw. When encountering an angry person, strive to remove the thorn that is the cause of his pain.

Anger is a temporary madness that begins with an eruption and ends in tears and regret.

Even when you are right in your anger, apologize after. There is no need to shout but when one does, a sorry is in order.

When you are angry, just stop. You can be so many things, but anger is not the right choice.

Anger is an important catalyst, but it must be done in such a way that its heat burns only in the fireplace, not the entire house.

You can be angry but not violent. Keeping your patience at this crucial time will save you so much time trying to fix what has been broken in your rage.

People may try to provoke you into anger, but remember that it is your right to ignore the invitation.