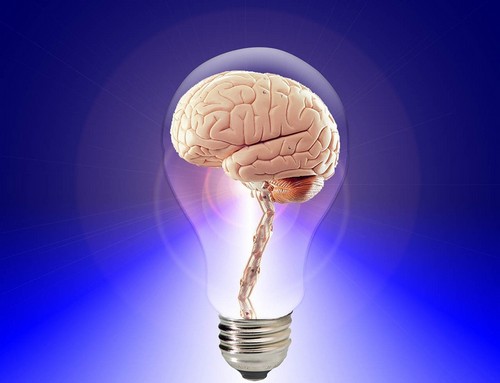 According to Merriam-Webster, intelligence is a mental acuteness, learning, understanding, or adapting to new situations. Intelligence can take you to a lot of places. If used wisely, it can lead you to many victories, or it can lead you to your doom if you are too greedy.
Take a look at these quotes and delve deeper into the true meaning of intelligence:

Intelligence is a God-given gift, and therefore, you ought to use it to make the world a better place.

Intelligence is not what you know but where your mind can take you.

The true essence of intelligence is the ability to accept and acclimate to change.

The intelligent may be ahead of the race, but the hardworking and persistent one will always win.

We cannot get by life with only the knowledge we have. We need to use those we learned from others as well.

The human brain is one of the most complex and beautiful mechanisms in the world – It has taken human civilization through generations of discoveries and advancements.

Sadly, common sense is not as common as it used to be.

The mind of a genius takes him to a different world when the orchestra of his mind starts playing.

Genius is another word for common sense.

Education will get you a diploma. Intelligence will reap your success.

No genius has a completely sane mind.

Combine curiosity, imagination and a touch of insanity – you get a genius.

Some would rather hide their genius than reveal their folly.

Great minds talk about ideas and innovations. Average minds dwell on events and occasions. Small minds swim in the shallow pond of gossip and small talks.

60 Sweet and Unique Love Quotes for Him

The true intelligent one does not boast of his brilliance but let his genius shine through his work.

Smart are those who learn from their mistakes and never repeat that same mistake. Wise are those who watch the mistakes of the smart ones and keep themselves from falling for the same error.

Intelligence without direction is a boat without a sail.

It’s wiser to find out and get burned than live your life with looming regrets.

To anticipate the endless possibilities reflects the light of intellect.

Small minds look up to the great minds, the extraordinary with the ordinary.

The intellect of the clever is like the ocean. It reflects the magnificence of the heavens and bathes the earth with its brilliance.

Knowledge is power, as power is evil. Too much of both can lead you to the depths of hell.

The intellect has the key to many doors – the truths about the universe, the world unexplored about many, the absolute hell of the society and the beauty of ignorance.

If everyone thinks a lot, then what use is the brain?

Thinking is such a demanding job that only a few is brave enough to do it.

I suppose pessimism – to anticipate and brace yourself for the possibility of how things can go wrong – is a form of high intellect.

Never underestimate the wisdom of older people. They witnessed how the society burned and healed, stumbled and progressed through time.

A genius may use a soft voice, but he will never stop until his opinions are heard.

A genius will always find himself arguing against the opinions of the closed-minded.

Intelligence is the personification of the wisdom accumulated from the pages of experience and observations.

The world’s greatest discoveries were once mocked, stepped on, and laughed upon by the whole world.

Our minds can take us to places beyond the reaches of the physical body and take us to the world beyond our imagination.

You don’t need to tell people how smart you are; show them.

Actions speak louder than words – the same goes for intelligence.

There is no limit to acquiring knowledge. Open your eyes. It’s everywhere! You can see the wisdom in how the birds spread their wings, how the flowers sway with the wind, how the human body is capable of healing.

Before you judge me, I must first acknowledge your opinions.

The intellectual’s job is to solve problems. It is the genius’ job to prevent them from happening.

Don’t stress yourself knowing all the answers to every question. Don’t worry; nobody will be clever enough to ask you.

You cannot know to understand the world with just mere intellect. You have to use judgement to shed light on the truth.

A genius keeps mum of his intellect while the folly shouts his ignorance to the world.

What’s the good of a great mind if it will not be put to good use?

The greatest minds are the ones that greatly endure from their boundaries.

I wouldn’t say I like hiking up people’s expectations – I’d tell them I’m stupid and surprise them, then have them think I’m intelligent and let them down.

A person who is surprised at nothing is a man of intellect.

Imagination is the true power of the intellect.

The secret of a true genius is the ability to sift his emotions by the use of logic.

Intelligence is avoiding hard labour while still getting the job done.

The most significant test of intelligence is what we do when during our free time.

Intelligence forbids the interruption of emotion in the thinking mind.

Intelligence is to have two contrasting ideas in mind and still function perfectly.

Intelligence blooms when belief is decaying.

Ah! The agony of never going to so many beautiful places that only the imagination can.

One of the functions of intelligence is to anticipate what’s coming and rely solely on wit during that time.

Intelligence is to keep yourself rooted in logic even if your heart is breaking to pieces.

Intelligence is the function of turning artificial into tools.

Intelligence should be used for survival, advancement and the better good.

Even the most intelligent can be fooled by a raging heart.

I’m not smart. I have the patience and curiosity to stay with the question a bit longer.

Dreams will only be dreams until you act upon them and make them come true.

The curse of the intelligent is to forever swim between the lines of doubt, curiosity and insanity.

The intelligent often find the answer from the simple things often overlooked.

Do not challenge an idiotic idea. If you do, you are thrusting yourself into the world run by idiots.

The character will always be superior to intelligence.

The intelligent knows that he knows nothing.

A man may be stronger than a woman but not necessarily as intelligent. You see, a woman uses more than her brain. She has excellent intuition and femininity. When the three are combined, she can trample the brain of any man she meets.

Happiness and intelligence is a rare combination.

The greatest of ideas are often found in the toilet seat, under the shower or while walking on your back home.

Nature is built to challenge our instincts and habit and our ability to adapt to change. When there is no change, then what’s the use of intelligence?

If you don’t have the privilege of education, it’s time to use your brains.

You may be confused with the things inside your head, but your heart will only tell one thing – the truth.

The curse of the intellect is posing endless questions with no answers to them.

Discoveries or inventions are answers found by the intellect from the question they have long struggled with.

There is no such thing as failure or mistake to a genius. These are doorways, a step closer towards the path of unearthing answers and discoveries.

A talented person can do things nobody else can. A genius can do something nobody has imagined.

Intelligence is the refined taste for the craziest thoughts and ideas.

A woman utilizes her wit to support the theory of her intuition.

A woman should be intelligent, charming and funny. I require the same qualities in a man.

Be who you are. That’s the first step towards your finding your genius.

Intellect does not need more words than necessary to explain himself.

Travelling is letting the mind marvel at the endless possibilities of things and experiences yet to behold.

The fact that man can differentiate between right and wrong proves his intellectual dominance over other creatures in this world. Still, he can be wrong despite knowing its evil reflects on his moral inadequacy to any other animals in this world.

You think you are a genius until you find out how witty you are.

I believe in everyone’s capacity to put their intelligence to noble use. I am still optimistic about everyone’s goodness inside their hearts as well. I like to believe that this world still has a great future waiting ahead for it.

One thought can overflow the mind of a thinking man.

Intelligence is just trash unless put into practical action.

An intelligent person is never ashamed of his mistakes and blunders in his quest for learning and understanding.

The brain is a muscle. When put into use, the result is a fascinating sum of intellect and imagination.

The intellect is not a serious thing. It is meant to play around the grounds of curiosity and the little details that lead to the bigger picture.

An intelligent is aware of his ignorance.

A genius is driven by his intellect, set ablaze by his passion and pushed forth by his courage.

I will always prefer an intelligent man over a handsome one. What good is a pretty face when he can’t carry a good conversation?

Character and wit are the only things that will remain when you are all old and wrinkly.

The intellect wouldn’t mind living a simple and unassuming life, for a quiet life is the laboratory for his loud discoveries.