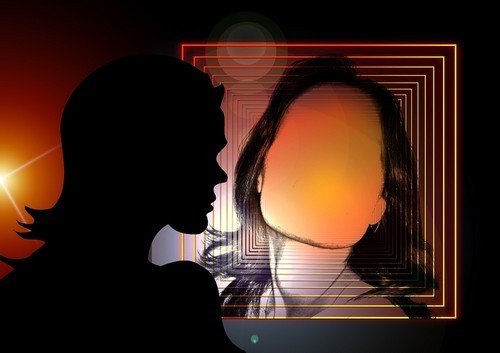 It is already innate in us humans to fight for something which we consider ours rightly.
The possessiveness that overtakes us is always intense that we want what is ours to stay like ours. Possessiveness can be good and evil, and it is up to us to manipulate this trait so it can benefit rather than destroy us.

If only I noticed it the first time we met; how he wrapped his hands tightly around me. I would have seen his possessiveness by then.

I do not consider possessiveness as a feeling, and it is not love.

He thought holding hands was one way of showing possessiveness, yet it is only a way of retaining contact.

Most women dislike men’s ability to dominate, their possessiveness, even their masculinity.

When love and respect go out the window, possessiveness and domination will surely take place.

People attract each other because of possessiveness, or maybe because of vivacity, or more because of the need to be at ease.

The way he holds her looks like he is already staking his firm claim on her as if no one else had been there, only him.

You will receive a thousandfold back if you give love away, for possessiveness has no room in His kingdom.

Certain people are possessive; you have to adjust to them.

I could feel his desire, his possessiveness in the way that he stares at me as I should forever belong to him.

Men have a possessiveness in them that is so primal that with just a flick of your hand, they would obey you.

Sometimes, possessiveness could be pretty frightening, especially when it comes in waves.

Possessiveness could choke out the life of your relationship.

Just by looking at her, he let her feel how possessive he is of her.

Nobody has the right to own or possess me. I own myself.

We cannot help but feel possessive sometimes when we share what we love with others.

The moment I stared at you, I was gripped with possessiveness as strong as an ox; you are mine.

Men are always proud to say that their women are their possession.

Our inner primal selves always triumph at the joy of having someone we can call ours.

Every negative thing about love: lust, jealousy, possessiveness, are much closer to hate as they suck the life out of lovers.

I love it when you are possessive of me; I feel wanted, desired, yet you still have to trust me.

No relationship could ever exist without jealousy or possessiveness; it just can’t survive.

Once you grow older, you find that possessiveness fades from you as you have seen things too much.

If your personality includes possessiveness and ambition, you will someday end up in misery.

I get crazy possessive every time I see someone might steal me from me.

I would never share the love of my life; what is mine is always mine.

People forget that not all the time they own someone they do not deserve.

A relationship with growth would never let possessiveness take hold of them.

Every human should retain their identity despite the possessiveness of the world.

Be careful in choosing a possessive man, for you might end up tied to someone who is choking you.

Fans are sometimes so possessive that you would not want to anger them.

Go out of your way and remove possessiveness from your body, and you will live an easier life.

Admiration does not have to end up as a possessive trait.

Possessiveness could never make you celebrate in life; only love can do that.

Once you are possessed when you are in love, it will destroy the very essence of love.

The ego is nourished by possessiveness and altogether leads to misery.

A possessive person would never accept a bargain, even if it is a fair and just one.

Liberty should be within us, and possessiveness should be killed, for it kills love too.

Love sometimes misleads us to the dark corners of possessiveness, catching us up in a relationship.

Freedom is the counterpart of possessiveness, and once it is awake, you cannot take back your liberty again.

When you are possessive of being the nest, then you can call it passion.

One could never live without possessing anything; there would be no attachment.

Your pitfalls in a relationship, possessiveness, lust, anger, could still make a way to bond you together.

More incredible things will only exist if there is no possessiveness.

Nothing would ever happen if you let ego and possessiveness run the show.

Beauty never has a cost; therefore, there is no possessiveness in it.

Watch out for greed and domination; it will not only destroy a relationship but yourself in the process.

A noble heart would surrender all desires and possessiveness that he contains inside.

Men are not the only ones who show possessiveness. Women do too.

Failed marriages often boil down to one reason; trying everything opposite of love to own someone.

Rivals always eye each other out whenever they are with their beloved; that’s possessiveness coursing through the veins.

When you are aware of everything, it will burn out the possessiveness and ego away from you.

Once you leave jealousy and possessiveness behind, love will slowly come to the surface and sink away from the lust.

The ego is the train, and lust, possessiveness, and jealousy are its compartments that would stop if the engine dies.

Marriage was started by people who wanted to protect their love from possessiveness and anger.

The relationship would grow when all that matters is love and nothing is nourished by dominion.

There is a big difference between possessiveness and pride of possession; we often think they are the same.

You try to swallow someone down or devour them through your eyes; possessiveness takes place.

I have been looking so long for you, and now that I have you, I will never let go, for you are mine.

I could kill anyone who would threaten to take you away from me.

If it is real love, it would not possess you or let itself be kept.

Possessiveness often springs from the heart of those who want to own the world entirely and starts from the little things in life.

Materialism would someday lead t possessiveness; of things, of people, and everything they can get their hands on.

I want to be accessible, yet I also want to be yours. I guess I could not have both.

Never be tied to the chains of love; be as free as a bird in loving someone.

Only threads, not chains, could bond people together through the years of marriage.

Men promise to treat you as their equal at first and then try to possess you.

Being tied to someone you do not love could kill the relationship, no matter how loving the other person can be.

Watch out for signs of possessiveness in a relationship so you can escape while you can.

Possessiveness is so foul that it is not even recognized as an emotion.

The kind of possessiveness that you show me turns me on.

Wrapping yourself around your partner is never a sign of possession; it is about saying something without words.

Women hate the idea of being possessed by men, that they end up hating men altogether.

Care may be required in love, but without respect, all there is would be a possession of the person.

As he kisses away the memories, he makes her feel that he already possess her in every way.

Goodness would only be possible if you let out possessiveness and bring in love.

If you are the jealous type, then you should never go for the possessive one; your worlds would clash together.

Just one look from you, and I know that you already possess me in your mind.

Men are blinded by their possessiveness and lust that they could obey anything a woman commands of them.

Possessiveness ran through his veins as he saw other men looking hungrily at her.

Sometimes people fake their strength to assume possession of something they should not have.

No one should own anyone. Only we hold ourselves, and no one else will.

There is a deep sentimentality bordering on possessiveness as I look at how they take out his work.

Women have traits that flare up the possessiveness that is innate in all men.

You can mark anyone as your possession, yet you could not force them to love you.

Everything is concentrated in hate; lust, possessiveness, anger, and jealousy, that when you stir it all together, it creates chaos.

There is nothing wrong with being possessive as long as you still trust me entirely.

At first, I thought a relationship without jealousy and possessiveness could exist; then, I had one and was proven wrong.

Once you taste everything, your possessiveness will mellow out, and you will see things.

Nothing could ever beat pure, unadulterated love; not even possessiveness and anger could break its shell.

You promised to love her with a sensitiveness akin to her touch, that you would not possess her but place her on a pedestal. Then everything was blown away.