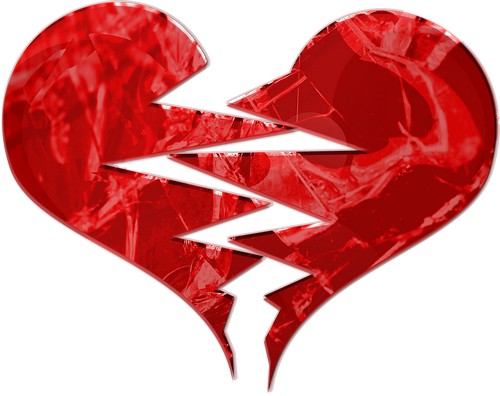 Some people just aren’t meant for each other; some do not fit together but mostly get apart due to circumstances. Due to this, couples opt for a divorce, a legal way of separation. That is why we have prepared these Divorce Quotes for times like this; you might want to tell someone advice about it or maybe find something that relates to it. Here are some quotes about divorce that might help you with that.

I never wanted to destroy anything or anyone.

It is not because I do not love you anymore; I just needed some time for myself.

The moment you have moved on is when you stop hoping that someone will suffer.

Do not ever allow anyone to keep hurting you for the second time around.

It happened because it felt so impossible to keep on staying when things were downhill.

The problem is that most people want the opposite of themselves.

It is so hard to find your soulmate, the one who truly understands you.

You were the one I love, you did not want to be, and I had to let you go.

It is so hard to forgive you when you wanted to leave me, but I needed to, so I did.

I did wonder how things would change the moment you left my side.

Women who have figured out their worth left and went on their road to freedom.

We were both great individuals until we got together and destroyed each other.

Divorce should not be the answer to marital stress, but that is what most people choose.

Sometimes, you need to forgive and forget, not separate.

Why break your vows the moment you find the first light of an escape?

A broken family does not exist; family is always family, it will not be determined by marriage certificates.

Families are made, and nothing will ever cut those ties; you will keep on being together by heart.

Sometimes the things we have waited forever with can be found within a moment with somebody else.

I wanted to leave quietly, to slip out that door without any consequences, never to stop running.

You promised so much on your wedding day that I can’t believe you will break them one by one.

Divorce is not a tragedy.

No one has ever died because of divorce; keep calm.

Try your best to teach your kids the right kind of love to avoid making the same mistake.

Your family splits the moment you divorce, so try to think of the children.

Sometimes, no matter how hard you try, things still keep on being the same.

You ripped my heart the moment you told me you did not want me anymore.

I thought you were the one missing in my life, but I guess it was the love we once shared.

I hate you, and I like you. I wanted to talk to you, but I am unsure of what I should say.

When two people are long married, they tend to forget the things they have.

Then some silence never leaves, and all the sounds disappear.

I never thought that we would not make it; I thought we would get through everything.

I guess you were waiting for what we had to go down in flames and burn into ashes.

And here I thought we would never break up, and I couldn’t believe I broke up either.

You hurt our children, not only me, and that is the only thing I hold against you.

There are times when you have to let go of the one you love.

Sometimes, it might just be better to lock your heart with a padlock and never fall again.

Divorce is one of the reasons my faith in humanity is lost.

35 Quotes about divorce and starting over

We have never considered going through a divorce; there is just too much paperwork.

And there was a voice in the back of my mind asking me why I did not fight for it.

You threw away everything that we had collected throughout the years.

You gave me memories to remember and pain to never forget.

Forget about him if he does not know what you are worth.

I remember that moment when we walked through the park hand in hand; what happened?

I did not see where we went wrong; I thought we were doing just fine.

What is the point in staying married if he is always not with you anyway?

If this is how I’m going to spend the rest of my life with you, I’d rather have a divorce.

Marriage is a job, a long hard one where you have to make things work.

I’ve seen what happened to my parents, and I wanted to be better.

Divorce is not the solution, not the cure; it is an operation that has a 50% chance of success.

It was not about whether I was happy or not; I just wanted to be someone else.

I thought I could not live without you; it turns out I could do it so flawlessly.

It is easier to take something apart than put it together.

It took us so long before we got here, and yet here we are, breaking apart.

Divorce is practically to divert, to take away everything you once knew.

It feels like you cut a part of yourself, you get to survive, but you feel incomplete.

You have gotten used to it, and then suddenly, everything becomes different.

Nowadays, divorce is so common it seems like an offspring of marriage itself.

It feels as if the happiest moment of anyone is the day after their very first divorce.

Divorce is just letting go of one pain and then accepting another one.

Sometimes, divorce gets the best out of people, and only hollow containers are left.

It is stupid to get a divorce because you do not love the man anymore as you married him for love in the first place.

Maybe things will get better from here, from this moment, we have decided to let go.

Divorce is practically a treaty of peace between two different people.

In my family, divorce is not hype; we bury our men.

When people get divorced, it means that they have started to understand one another.

Memoirs are better than any marriage; at least it keeps the memories.

Divorce is practically the death of a marriage, the moment when your connection ends.

By anyway, divorce is not evil; it is even a refuge for women who experience brutality.

The great thing about divorce is that it helps partners know themselves more.

Every relationship comes to an end sooner or later; divorce is just one form.

You may want to abandon your partner when problems come, and she deserves a divorce for that.

Divorce helps in improving the morals of people.

There comes a time when you are just exhausted, worn out and feel hopeless.

You wanted to fight, give it so much more, but things are not the same.

Sometimes, society is also at fault for couple’s divorces.

If it was because of another girl, then he did not deserve you.

Divorce is admitting your defeat that you cannot fight together with your partner.

It is so stressful to go through a divorce; you lose too many people simultaneously.

Marriage is a challenge, and you fail the moment you get a divorce.

You need not live a broken life, but divorce hastens it.

Divorce is a life experience that you need to live through and learn from.

Grown-ups are so afraid to ruin the lives of their kids but still choose divorce anyway.

The real issue with divorce is that it harms the kids to see their parents in conflict.

Do not let your divorce ruin your marriage; smile for the camera.

It feels like all the walls are starting to get closer to each other until it crashes down.

Eventually, you get over your fears and sadness; you get happier when away from her.

Sometimes, I think that getting a divorce is better than staying for senseless reasons.

You might end up happier because of a divorce; you might get to learn about yourself more.

Divorce is just another experience, another thing to add to your learnings.

Maybe things will get better; perhaps you will be a whole life happier.

You can learn from divorce and even grow because of it.

Divorce can be a means to learn more about yourself better.

It starts with a disaster; then you never get over it, you keep on being devastated since then,

Divorce is like marriage, another risk to take, another decision to make.

You have to admit, divorce is costly and takes up too much time.

You have to sort out your issues to be a better version of yourself.

If you remove all the anger in your heart and still love him, forget about divorce.

Let it be; sooner or later, things are going to simmer down.

Divorce is hard both ways; you have to adjust again, you need to know new things. In an ironic sense, there can be a funny divorce too.

People play with other people’s feelings, and divorce is but a byproduct of that.

Before I tried looking for you, you were already gone.

Divorce is like going through the same street but feeling so lost in it.

People are trying to use divorce as a means of escape out of their lives.

They hope that it will get better, but apart, it only gets worse.

I’d forgotten all about how we met, how we fell in love the moment we decided to stop.

I am still hoping for retribution; I am still expecting us to kiss and make-up.

I thought it was just a moment, that you just needed space, not a divorce.

Just remember that divorce is permanent, just like marriage is supposed to be.

Your marriage vows get thrown away the moment you decide to get a divorce.

If I could say some words to make you stay, it would be, I’ll be better.

I wanted to be someone better for you, but you did not let me.