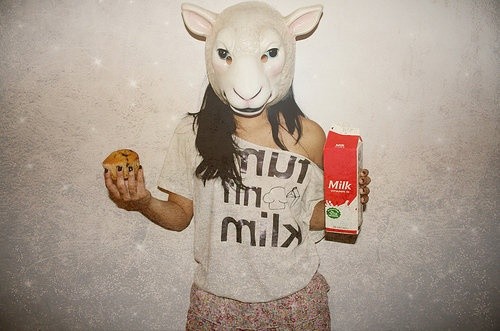 As the world’s population gradually increases each day, the circle of people with a conscience and heart is slowly narrowing.

Friends come and go, just as our trust in them does. True people became a rare gem, and finding them became a quest.

Here are some quotes that speak of fake people and those who had experienced their company.

Loving a fake person is worse than hating someone with a real personality.

Fear should be felt more with a fake friend who hugs you than with an enemy that attacks you.

There are no points to a beautiful monster. More is counted from an ugly swan.

Not all beautiful people are as real as you see; mostly they are just wearing masks.

I own twin faces, while everyone else has two.

I only like fake people when they are mannequins.

Do not be confused when a person changes. It’s just that their mask already fell off.

When fake people use their friends, they use them like they disposable items; once not needed, they just throw them away.

Fake people wear masks. You will see it when it needs cleaning and they take it off.

Autumn is the season for fake people it is because they are like autumn leaves, scattered anywhere.

Always look behind the gun that will shoot you; the person behind it might also be the one you are willing to take the bullet for.

The only real advantage of fake people in this world is once we identify them, we could also identify the ones who are real to us.

The hardest thing to decide when you unveil the two faces of a fake person is which among the two you will slap first.

Today, one of the fastest growing trends is the fakeness of a person. One cannot trust anyone else anymore.

Sometimes, the person who praises your success would also be the one who might drag you down.

Never get too close with people who only appear when they need something from you.

Living the life of a fake person would only gain you more fake friends and losing true friends in the process.

Honesty has no place in a fake person’s vocabulary because lies make them feel good about themselves.

Show a fake person how they act and they will slowly disintegrate. Honesty destroys their masks.

Fake people act like leeches; they hang on you while they can benefit from you.

Decrease spent time with fake friends. Use the time on your real friends instead.

The truth always comes out in the end, so save yourself from embarrassment and avoid being fake.

Fool’s good are much like fake friends. They are found anywhere but weigh no worth.

The 60 Quotes About Beauty

Always be on your guard by sleeping with one eye open. Your best friend might be out to get you.

A faked life is celebrated, why does faking your own death warrant an imprisonment or fine?

Real people go about their own business while fake people gossip about other fake people.

More energy is wasted, more interactions are forced, and conversations become unnecessary if we spend more time with fake people.

A person who loosens their mouth easily to tell other’s secrets to you would do the same with the secrets you give them.

Relying in the actions of others is senseless because they might be acting out just to get what they want from you.

The world gives shelter to too many people who are willing to pretend just to get what they want.

You may not be able to tell the fake ones from the real ones, but just keep yourself true and pure, never letting anyone get the best of you.

A phone with passwords is a fake boyfriend’s property. A guy is worth your trust if he lets you read a text message without deleting it.

Your success would be toned down by your haters, but they will broadcast all your failures.

People always somehow follow the trend, and that is how fake people managed to spread easily.

Go ahead and create as many Facebook accounts as you like according to all of your personalities.

Watch how many people disguise as someone they are not during Halloween. It gave them another reason to pretend.

However much you try to stab me behind my back, God would continue to bless me in full view of your face.

It is better to receive hurtful comments to my face than getting my back stabbed from so-called friends.

Well wishes for your success would mean nothing when jealousy eats the person who wished you well the moment you achieved your goals.

They may talk about you behind your back, but that is only because you are miles in front of them!

No matter how a person says nice things about you, it would be as quickly as they hurl destructive criticisms against you.

Trust should never be given quickly because any moment, the person you trust might turn their back away from you.

Sometimes, there is someone who fakes his smile just to make you feel good.

Do not count the number of friends you have; you have to make sure that you can count on them to make them count as a friend.

Not all people who show their true colors could paint a pretty picture of themselves.

People may enter your life not because they love you; it s just that they need something from you.

Having friends who stick with you during good times and flit away during bad times is never healthy.

People whose actions do not match their words should be under careful observation.

Fake persons are much like coins; both of them have two faces on each side.

If you have friends that are like four quarters, do not be surprised if they change for just a dollar.

Before judging someone you think is a fake, make sure that you yourself are not fake.

Most people you have the highest regard for may turn out to deserve the lowest, so do not expect much from them.

One day you would soon realize that it would be important to distinguish the ones who genuinely care about you, the ones you could trust your life with, and the ones who only took what they can from you.

A great difference between fake and real persons is when a fake person makes a mistake, they act like they never did it, but with a real person they admit their mistake and apologize for it.

Snakes can be seen through low cut grass, so make sure you trim your surroundings carefully.

Avoid fake people by standing out from the crowd.

You do not need to be stressed out by fake people. You can manage to kill them with a smile.

Be careful about cutting ties with someone. For all you know, you are cutting out real people for fake reasons instead of cutting off fake people for real reasons.

When people become used to telling lies for most of their life, they would not be able to tell the truth from the lies anymore.

Sometimes you would not be able to distinguish the ones who care about you and the people who will drag you down. Mostly, they are one and the same.

People who have two faces cannot be trusted, not one face and not the other.

All of us have masks to hide ourselves. But avoid getting too fond of it; it should come off at some point.

The world is full of disguises and masks to wear. Amidst all of these, keep your thread of reality with you to avoid mingling with fake personalities.

Getting involved too much with a person could distort your perceptions; even your love and trust could get muddled.

Be extra careful with the hands that show willingness to help. They might want to get too close to you to watch you struggle.

Shopping for clothes is my hobby. Nevertheless, I would never buy your bullshit.

A fake person who appears to be happy for you is jealous and hurting deep inside.

Some people who are trying to help you just act like they want to.

Keeping a small, intimate circle of real friends would keep the fake ones out.

Rumors may be real or fake, but mostly they are as fake as the person who told you.

The world is a building of promises made up by liars.

Those who keep on reaching the popularity ladder do not have it in themselves to stay true to themselves.

You will know that you have a false friend when they are with you when the sun is out, and leave your side the moment clouds darken your way.

Fake people are like fake flowers; from a distance they look real and fresh. But come closer and you will see how fake they are.

You will know when they start talking about you after they stop talking to you.

The problems you have with me should be discussed with me, not with everybody else.

Plastic friends would float if you throw them into the water.