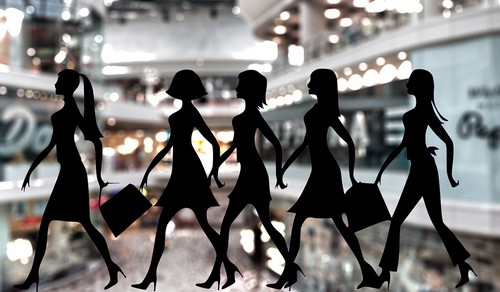 There is nothing more complex and unique in this world than a woman.
She is full of mystery and wonders that make them unique and one of a kind.
Here are some quotes to remind you of the strength of these women and why we should respect them.

Bring her flowers, give her chocolates, send her sweet messages, feed her hungry stomach. Make her feel like she is the most important woman in the world to you because she is. She is.

You may have faced a thousand mindless beasts and slew them, but let me assure you have never battled anything stronger than a woman’s wrath.

Whenever you think about disrespecting a woman, think about how you were born into this world.

Call me old fashioned, but I believe that respecting a woman is one of the most important things to uphold in life.

You can treat your woman right or watch someone else do it for you.

One of the most extraordinary things a father can teach a son is how to treat a woman the way she deserves to be treated- like a queen.

Every woman deserves a man who appreciates her lovely body, homemaking skills, and witty and intelligent mind.

Nothing is stronger than a woman who is fighting for what she believes in.

Respect is earned, not given. Deserved, not inherited.

Physical strength is not the only measure of prowess. A woman’s ability to command a crowd of rowdy me should be included in the list.

A woman’s strength cannot be seen with the naked eye. It can only be felt when times get rough, and she is the only one left standing.

What a wonder it is- a mother’s love!

She may be meek and soft and kind and shy. She may be gullible and pliable, and understanding. She may be cute and pretty and dainty and classy. But when she is in a rough situation, she can transform into the most magnificent beast you will ever lay your eyes on.

A woman is like hot chocolate. She can be sweet and comforting. However, when she runs too hot, she can hurt you when you least expect it.

Her strength is not in muscles; it is in her words.

She does not need a weapon to make her point clear. All she needs is a raised brow, a few single words, and she can have you doing her will.

Remember always to respect a woman. Whenever you think about disrespecting or offending, think about what you would feel if what you’re about to do happens to your daughter, wife, mother or sister.

The sign of a real man is not in his riches or his physical strength. You know it is a real man when you can see how much he values a woman.

A real man is not afraid to bow down to a woman because he knows that there is no man without a woman.

She is a fragile flower that can be deadly in adversity. So beware, beware. Think twice before hurting this delicate little mouse.

She is not just a housewife who cooks your meals and washes your clothes. She is a homemaker who holds together the family and makes sure that everything is as perfect as it can be once you get home.

When she is happy, she is the wind that keeps me safe and comfortable. However, when she is mad, she is the storm that can destroy everything in her path.

Never underestimate a woman’s abilities. She may look small and fragile, but you will find yourself pleasantly surprised at how much a small body can hold such a large amount of confidence and sass.

To underestimate a woman is like calling a poisonous snake harmless. She will lull you with a fall sense of peacefulness, and all is well as long as you treat her right. However, just like a provoked snake, you won’t know what hit you until she strikes.

Just because she is stronger and more willful than you are used to, it doesn’t make her any more petite woman.

What does it say about a man when he hurts his woman?

Men think that women only want money and cards and gifts. This can be farther from the truth because what a real woman wants in life is respect, loyalty and honesty.

If you think your woman is too strong, then maybe it’s time to let her go. Only a strong man can handle a strong woman. You might not be strong enough to take yours.

There is no greater expression of love than respect.

I respect a man who appreciates a woman.

Stop teaching your daughters how to defend themselves from the unwanted advances of men. Instead, teach your sons how to respect and value a woman.

A true gentleman will open doors and pull out chairs for women not because they think she is helpless or weak but because she deserves to be valued, respected and pampered.

For a weak man, it is hard to show a woman her real value in life. Only a strong man can show a woman how valuable she is in life.

Never let a woman doubt her worth in your life. Show her how much you appreciate her every day. It doesn’t have to be grand gestures of diamond rings or trips abroad. Sometimes the smallest gestures can have the most significant impact in life.

Only a true man can earn the love and respect of a strong and independent woman.

The vilest type of man on earth is a man who hurts women or children, emotionally, physically or mentally.

Do not stop a woman from showing her strength. Instead, ask her to flaunt it and show her how much you value her strength. Always remember that only a strong man can handle having strong women in their life.

Do not allow the existing stereotypes in this world to cloud your judgment about women. Accept her for who she is and what she wants to be in life. Do not cut off her wings just because she does not fit into other people’s expectations of what a real woman should be.

For a true gentleman, chivalry and respect come to them as natural and effortless as breathing does.

Behind a successful man is a strong and supportive woman. Treat the women in your life with respect, and you will go places.

Do you want to be treated like a king? Then treat your woman like a queen. It is as simple as that.

To be treated with respect, you have to earn it.

She may not be as pretty as a princess or as classy as a queen. She might not be what you expected her to be, but that doesn’t make her any less of a woman. Treat her with respect and love because she deserves it.

When women ask for equal rights, why must you always assume that she wants to be treated like men? Does being an equal mean being a man?

Women do not want perfect. They want a man who respects them and values them how they should be respected and loved. They want someone who will stand by them through thick and thin, with devotion and loyalty.

Treat a woman right, and you will be treated right in return.

She is soft-spoken and shy. She is gentle and kind. Do not be fooled because she can be the deadliest person you will ever know when she is provoked.

When a man hurts a woman who doesn’t deserve it, what does it say about him?

Only the greatest and humblest of men can acknowledge the woman behind his every success.

A man should not be ashamed of having a strong and independent woman in his life. It doesn’t make him look any less of a man to have a woman who doesn’t listen to his every whim. Instead, it makes him look stronger and mightier, having a woman who can think for herself in his life.