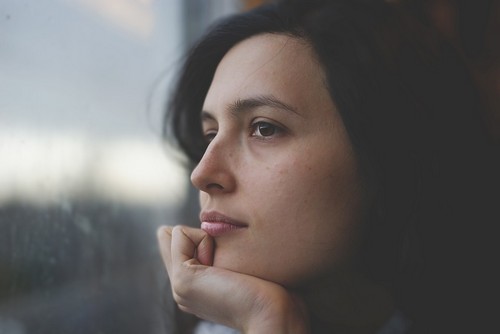 Whenever we think about something, we want to express it using words, but sometimes putting the precise words is difficult. That is why most people use quotes whenever they wish to express or convey something. But what would happen if the quotes that you stumbled upon made you think more?
Here is our list of clever and witty quotes which will make you fathom more as you read through the list. Enjoy working out your brain as you browse through this list, and feel free to share.

Everything, where you can put your imagination into it, can be confirmed.

A single candle can shed and give light to thousands of candles without shortening its lifespan. The same thing goes with happiness; happiness does not lessen when it is shared with others.

Remember that even if the clock loses its battery life, it is still right twice a day.

Each time that we think about safety, we unknowingly impose fears on ourselves.

Parents should tell their kids, even just for once, a story without a happy ending, so when they grow, they will not expect that everything has a happy ending.

Life can be summarized in three words. It Goes On.

Not all complicated questions need an equally complex answer; sometimes, a simple one suffices.

With the fast advancement in modern technology, it isn’t very pleasant that people are still slow in picking up wisdom.

Fear and love are the two most motivating forces in the whole universe.

So many people are working hard to buy things they do not need just to show off to people they do not like.

As humans, we are expected to know what is right and what is wrong. That’s what makes us human and more superior to animals. But sometimes, the animals are more human than us, and we are more animals than them.

The 60 Love You Quotes That Inspire

I would rather live my life committing mistakes and learn its lessons rather than doing nothing at all thoroughly.

We can only comprehend the meaning of life backwards, but we must live our lives forwards.

Quotes that give you Hope – Quotes about hope

No day is a lousy day; every day is a joyful day if you closely pay attention to it.

Carry out the things that you want to do right now for you not to regret in the future why you did not do something when you still have the time and the chance.

A considerable per cent of man’s success is credited to doing what you must do.

Some people prefer books to real life because at least in books there is an explanation why it happened, why he did this and that and so on.

You can’t say you have succeeded in all your attempts without having even a single failure in the record.

If the poison already reaches its expiration date, will it become less poisonous or more poisonous? Will it be less effective or more effective?

Life is indeed simple; it is only us who are dying to make things more complicated.

Sometimes we reach out our hands too far that we fail to grab the things near to us.

We find happiness in the simple things we often take for granted.

Age does not determine how old you are; it is your perspective towards life that does.

Hate is often mistaken as the enemy, but the real enemy of the heart is fear.

When we destroy and obliterate something created by Mother Earth, we call it progress, but when we tear down artificial things, we call it sabotage.

Staying in and keeping your focus does not necessarily mean that you have to look into something without blinking.

Truth can hurt so much that even its bearer can also die from carrying it.

A tree can only reach up to the skies if it buries its roots deep into the ground.

The difference between the art of living well and dying well is indistinguishable.

People whom we think will protect us from harm are the ones who are causing us damage.

The opinion is the channel that connects wisdom and ignorance.

One should never and must not be angry at two things; things they can do and cannot.

The most horrible type of inequality is to try and force to make unequal things simply equal.

When you seem to have too many friends, you have none.

We can’t do things we do not want to do in the first place.

Creativity is something that you can’t run out of. The more you make use of it, the more it refuels itself.

There are two kinds of poor in this world: the poor who have no money to spend and the poor who only have money for themselves.

The details of a victory make it indistinguishable from defeat.

How did people know that an abyss has no end? I think they have to go and search further.

Before you choose your path, make sure that you have already chosen your goal beforehand.

What makes me think the most is that many are still not believing in this time when they should have been feeling the most.

The real tragedies in this world are not the arguments between what is right and what is wrong. They are the argument between two right things.

Religion put people together as much as it separated them from one another.

Sometimes we try so hard to ease the burden of others that we become their burdens in the long run.

Good food is useless if most people can’t have the taste of it.

Civilization is both the beginning and the end of the progress of the human race.

Do not mind how you feel; pay attention to your thinking because it is the resource of your feelings.

If you succeed in doing nothing, nothing is ever achieved.

Most people chase a path that does not lead to their goals in life.

Not all things with wings are meant to fly; take a sanitary napkin as an example.

Sound is not the opposite of evil; the lack or absence of goodness makes it unsuitable.

A delicious food needs different contrasting ingredients to achieve its deliciousness. The same thing goes for the world; a world without contrast happenings is just so dull.

The sickness of humanity is that we make simple things too complicated, and we simply do complex things.

Sometimes, religion makes me questions things which they convinced me to believe before.

We are not afraid of breathtaking heights; we are so scared of the pain it will cause if we fall.

If Satan does rule the kingdom of hell, why will he punish those who committed terrible things and sins? Isn’t he supposed to reward them by making him proud?

Some people are unaware of the things that they are and might be capable of doing.

Regret, which comes first, is not called regret; it is called overthinking.

Why do people always need a turning point in their lives to set their life course on the right track? It is because you can’t do the right thing if you do not make a turn same thing happens when you are driving, right?

Not all pains need to be endured; sometimes, you just have to stop thinking that you are in pain.

Things you did to yourself will vanish when you are gone, but the good things you do to other people will forever remain and become your legacy.

There is no such thing as accidental happening; it happened because it has and needed to.

Our life is like an elevator; we are the only ones who can push ourselves down and pull ourselves up; no other people will.

You would deserve a dull and highly miserable if you listened to almost everyone who told you how to do and live it.

No one can stop you unless you destroy yourself.

Our life is not limited; it is the things that we can do which is limited.

The more you counter things in your life, the more sorrow and pain you will receive. Let things happen on their own; let them flow naturally into the direction it wants to take.

You cannot reach the stars in the skies above, but you can shine brightly with them.

Surviving is the exact equal opposite of living.

Nothing is more frightening than living your life without a purpose being served.

Time can’t heal the wounds, it can only help the mind and heart forget the pain of the injury, but the damage itself will always be there.

Silence is more deafening than all the noises of the world combined.

You can’t win the lottery if you do does not place your bet, likewise in life. You will not find out the result if you do not take the risk.

You will meet your fate no matter how hard you try to avoid it; it is not called faith for a reason.

All things run in a cycle, rain, for instance, stays up high with the clouds, but it needs to go down to the ground when the earth needs it to. Once it comes down, that’s the only time that it can go up once again.

Happiness lies in one’s ability to handle difficulties in life. Problems will always be there; it is what helps us to become a stronger individuals.