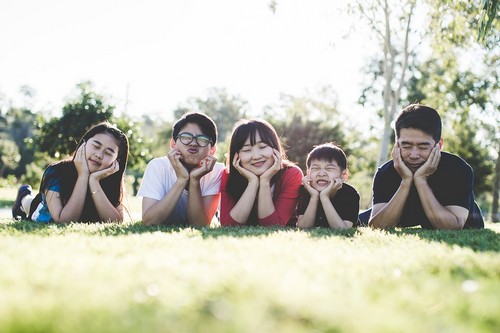 We have collected a variety of family loyalty quotes that reflects the real essence of a family. These quotes will most definitely make you evaluate if your family has loyalty within its members. Have a good time reading this list, and feel free to share if you like the quotes listed here.

Before you get married, make sure that your loyalty will only be given to your spouse and the family you will build together.

Real family is not being determined by blood, but it is determined if who are the people who chose to stand by your side when no one else does.

My loyalty is for the people who did not do anything to make me question their loyalty towards me.

Even blood does not guarantee the loyalty of the people.

Other people are sometimes more loyal than your very own family members.

There is a place in my heart that is reserved for people who are loyal to me.

Loyalty is one of the most vital binding agents to make the family stronger and one.

Respect can be earned. Honesty can be appreciated. Trust can be gained. But loyalty is the only thing that can be returned.

To be loyal to someone does not need that you must be physically present by someone’s side.

Sometimes in a family, members can’t differentiate loyalty from slavery or stupidity.

The person who always says he is loyal is the most disloyal of all.

Loyalty is being with a person, whether he is correct or incorrect. You are thereby his side to support his correctness and help him make things right if he is mistaken.

Not every family has loyalty in their blood. Sometimes it is the family members who commit betrayal the most.

A family without loyalty can still be called a family. But a family with dedication within its members is called a blessed and robust family.

Trust and loyalty are two of the essential ingredients for a successful family.

You can only serve one kind of loyalty at a time.

One of the significant reasons for broken families is the lack of members’ loyalty.

Loyalty is one of the few things that can’t be replaced or substituted.

If you are loyal, lovelies within; a loyalty without love is just meaningless.

My loyalty towards my family is boundless; wherever destiny takes us, I will always have their back.

The strength of an army lies in its loyalty towards each member; the same principle applies in the family.

The very essence of loyalty is its willingness to sacrifice itself without expecting something in return.

Loyalty is as priceless as pure love; it can only be given, not asked or bought.

It is alright not to gain other people’s loyalty, but it is painful not to have the loyalty of your own family.

Blood is technically and thicker than water, but it does not apply to family relationships at all times.

You can’t earn loyalty in a matter of a day because loyalty is made day by day. There are no shortcuts for it.

There are only two things I want from the person I am going to marry someday, his loyalty and love at the same time.

Loyalty does not demand or need evidence of loyalty.

A family that values loyalty more than wealth and money is raised rightfully.

Loyalty has a similarity with love, it feels so good when you have it, but its bite is painful once you lose it.

A person only receives my loyalty when I know that he deserves it.

Some people feel more like a family, most especially when it comes to loyalty.

Even if you are loyal to your family, you cannot guarantee their loyalty towards you. That is but a painful fact.

A man truly loves you if he can give your loyalty to you no matter what situation.

Parents should have the ability to encourage rather than impose loyalty in the family. That is a critical and good quality of parenthood.

Loyalty is the oath of truth to oneself and the other members of the family or other people.

It is blissful knowing that some people are sincerely loyal to you even if they are not related to you by blood.

My loyalty is my one true honour; I wish to say the same thing to my family.

The loyalty of the family members is tested once a massive conflict arises within.

Sometimes, your loyalty towards your family stops you from doing things that will make you happy. You put them first before considering your happiness.

Loyalty is exquisite quality, but too much of it can sometimes become fatal.

When you think that you have their loyalty, that is the very moment that you should doubt it the most.

Some family relatives are not loyal to you because of you alone. They are dedicated to their needs. Once their needs shifted, so did their so-called loyalty.

Loyalty is something that a person must decide to whom it should be given.

Loyalty can either make the water thicker or the blood thinner.

The secret of exemplary family life is to have true loyalties and grasp them in the accurate scale of values.

No one can tell how and in what way loyalty is born.

There are two types of loyalty: one-way belief and two-way commitment.

Just like love, loyalty to the family has its drawbacks.

The loyalty of the family members is tested once the journey turns the wrong way and takes the crooked, rugged and unpaved path.

Loyalty can’t be tested in times of paramount glory but during the lowest and miserable moments.

My loyalty solely belongs to the people who are also doubtlessly loyal to me.

Nowadays, loyalty is such a rare quality among people, even among friends, couples and family.

If money can buy intangible things, most people will purchase love first then pair it with loyalty.

When a husband cheats on his wife, he is being disloyal. When a wife cheats on her husband, she probably takes revenge because of her husband’s disloyalty.

Having a loyal life partner is far better than having all the riches of the world.

If you can’t die for me, then quit asking me to die for you.

Here are some quotes about family loyalty that will remind you of the most influential people in the world. These heartfelt family images will paint the picture better with the loving colours of the family union.

A gift of loyalty wrapped in love and sent with thoughtfulness is one of the greatest gifts of all.

How can you give your loyalty to a person who builds a wall around himself despite both you being connected by blood?

Loyalty to your family is a virtue, perhaps the only, very last and remaining virtue when all of the other virtues vanish away.

Loyalty to something or someone of no good is abuse to loyalty itself.

The person may be dead, but the other people’s loyalty towards him continues to live on.

Loyalty has no blueprints. No number of engineers can build or make it. It can’t be assembled or manufactured because its origin is the beating human heart, the centre of an individual’s humanity.

You will know when a person has already earned your loyalty when you tell him things without asking yourself if you should or should not tell him.

Fidelity and loyalty are sometimes mistaken for each other in some families.

You can’t hate a person if you are a hundred per cent loyal to him.

How can you be loyal when you feel envy and jealousy towards a person?

Loyalty, just like love, is immeasurable in all its facets.

One must know the difference between loyalty, fidelity and martyrdom.

Loyalty is a gift given without considering what the things you can get back are.

If you give loyalty, in return, you will get more loyalty. In some cases, most of them are not from the same person or people whom you gave your belief into.

Other great qualities sprout when a family has loyalty towards each other.

Loyalty can either win a losing battle or lose a winning struggle that is being fought.

A family with loyalty within its inner circle will prosper and thrive in all other things in life.

Blood makes people relate to each other. Loyalty is the one that links each member of the family to one other.

Sometimes, money and wealth can shake and break the loyalty of the family members towards each other.

Loyalty means that you are willing to tell the truth to one’s face despite knowing that he won’t like it.

If money can buy loyalty, it will be sold out in its first hour of sale.

Love is not the only thing that breaks the heart; loyalty can do the same thing.

No one or no family is too rich or too poor to have loyalty.

In earning loyalty, people from different walks of life are equal.

When it comes to loyalty, there is no such thing as partially loyal. Belief is not colourful; it is in black and white. You can either be loyal or not loyal. Family is not even an exemption to this.

You can’t say you are loyal to a person if you do not even trust him. This also applies to families.